Me and my dog 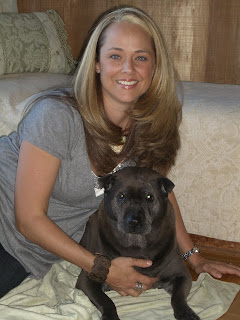 Around 10:30 this morning I noticed that she was no longer sunning herself on the deck and I immediately panicked... she never walks off - at least not for me... she has walked off on my friend Ali once and has walked off on my brother once, but just to the mailboxes and back... I searched the acres around the backside of my house for 4 1/2 hours before I was a puddle... just exhausted and emotional (ahem!). My husband came home early and started searching... he found some workers who said that they had seen her hours and hours before, but at least we had an area to start looking in.

The hubs sent me home to start calling the Animal Control in our county and the local vets plus make fliers - luckily Ali took over the fliers because I was too stressed to even think straight... AND she had a picture of my pooch on her computer - she is our family photographer, after all! Ali got the fliers made and emailed to me, my brother (Hank's dad) and another friend of mine, Marion, showed up to collect fliers and staple guns and maps. By the time we got everyone coordinated and headed back to the neighborhood we had a solid plan and at least SOMETHING to do!

In our caravan of cars heading in 3 different directions we all had our assignments and just as my brother hung the first few fliers a jogger came up and asked if he had lost a dog... right then my husband and daughter joined up with them - of course they told him that we had lost and dog... we got the jogger into the car and headed over to where the dog this guy had found was staying. They called me and immediately I was in tears... they saw me and the guy yelled out the window WE HAVE GOOD NEWS! He had no idea how good that news was to me!!!

The lady of the house confessed to having given "the poor old girl a hotdog" and some water and had her on a towel on her back deck... I was so glad to see my old friend that I picked her up and kissed her on the head... she weighs 50+ pounds and I'm only 5'3" so I'm sure that was a hilarious sight!

I am so relieved that I just want to lay on the floor and cry and hold the dog...
Posted by Unknown at 4:34 PM 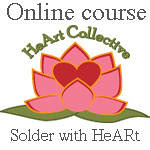