Next up: Mixed Media Mandala Workshop

I originally confessed my obsession about these items of meditation last month when I was talking about Zen'd out by the Zendala
I haven't gotten over them, in fact, I'm more jazzed about them than ever. People have been asking for more information, so I'll share... mostly by citing Wikipedia :) Yes, I'm like that... 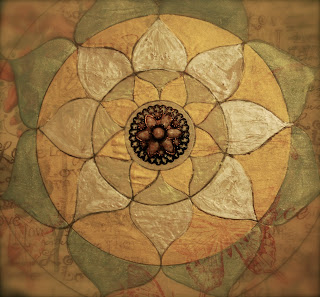 Inspiration ~ Mandala: Sanskrit for Circle
In the Hindu and Buddhist religious traditions, their sacred art often takes a mandala form. The basic form of most Hindu and Buddhist mandalas is a square with four gates containing a circle with a center point. Each gate is in the shape of a T.
These mandalas, concentric diagrams, have spiritual and ritual significance in both Buddhism and Hinduism. The term is of Hindu origin and appears in the Rig Veda as the name of the sections of the work, but is also used in other Indian religions, particularly Buddhism. In the Tibetan branch of Vajrayana Buddhism, mandalas have been developed into sandpainting. They are also a key part of anuttarayoga tantra meditation practices.
In various spiritual traditions, mandalas may be employed for focusing attention of aspirants and adepts, as a spiritual teaching tool, for establishing a sacred space, and as an aid to meditation and trance induction.
Using these designs as our inspiration we'll build our own Mandalas 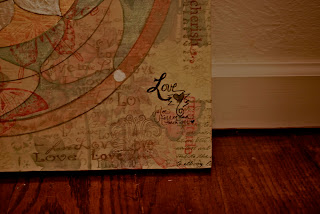 Method ~ Mixed media:
in visual art, refers to an artwork in the making of which more than one medium has been employed.
There is an important distinction between "mixed-media" artworks and "multimedia art". Mixed media tends to refer to a work of visual art that combines various traditionally distinct visual art media. For example, a work on canvas that combines paint, ink, and collage could properly be called a "mixed media" work - but not a work of "multimedia art." The term multimedia art implies a broader scope than mixed media, combining visual art with non-visual elements (such as recorded sound, for example) or with elements of the other arts (such as literature, drama, dance, motion graphics, music, or interactivity).
I will supply all of the materials I've been using wood, paper, ink, paint, pencil, glue and buttons. Plus little tricks to help you get your design down easily.
You should bring anything you love to work with...
Scissors, water colors, Twinkling H20s, glitter, glue, special inks, colored pencils, symbols or talismans that strike you. 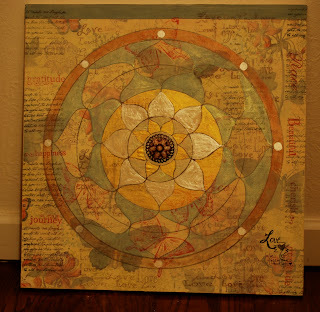 Workshop ~ Lesson:
a short period of time during which learners are taught about a particular subject or taught how to perform a particular activity. Lessons are generally taught in a classroom but may instead take place in a situated learning environment.
Hip Chick Designs
946 Tyler Street
Benicia, CA
http://youtu.be/y9jFZnCEMk4
May 21st
11a - 3pm 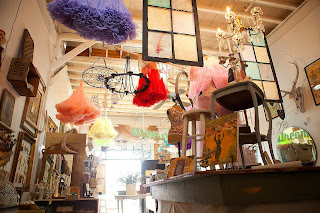